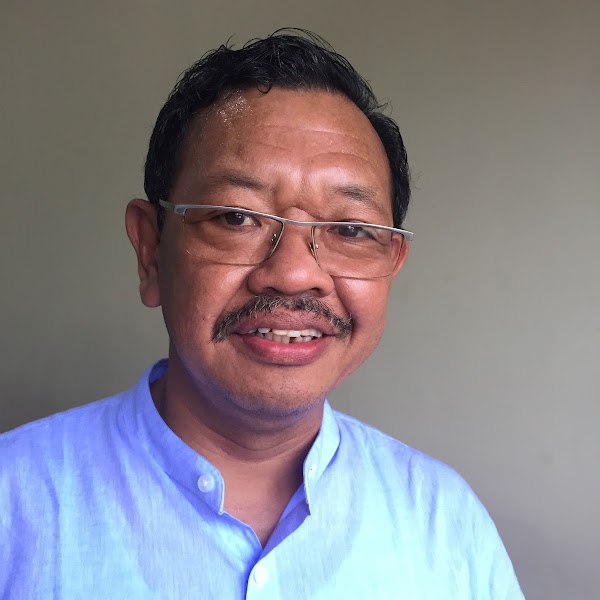 GBKP, Indonesien
I am Rev. Agustinus P. Purba, S.Th, M.A General Chairperson (Moderator/Bishop) of Karo Batak Protestant Church. I was one of the first alumni of Diaconic Management. I was very grateful to our Lord Jesus Christ for the opportunity to be able to attend MADM program implemented by ICDM and UEM.
In 2011 when I attended the MADM Program, I was still in the position as the Head of Diaconia Department in my church, and since 2015 until now, I am the General Chairperson (Moderator) in my church. In my previous experiences, Diaconia GBKP has develop charity, reformative and transformative diaconia, among others by developing the congregations’ fellowship in the services of grief, services for the sick, orphanage, people with different abilities and also the services for community income generating through Credit Union, Rural Bank BPR, developing public facilities like Fresh and clean Drinking Water, Micro Hydro Power for electricity in remote areas as well as developing the community in politic, gender, and the awareness of HIV/AIDS. That was my experiences before, and in institutionally, I still develop cooperation with member churches of UEM and CCI/PGI along with several Moslem Institutions.
After attending two (2) years of study at ICDM, I was getting to know more about Diaconia from global perspective for instance understanding the co-relationship of local community struggles with the development of transnational corporations which became the challenges for the economic aspects. And in the social aspects, through the intensive study in Africa and Philippines was inspiring me how the churches must beyond the charity call tasks of diaconia to be the transformative diaconia which included advocacy activities through inter churches and countries dialogue.
Studying at ICDM has motivated me to develop Diaconia more in GBKP comprehensively and to build international relationship and networks. This basic finally give me a chance to try amaking approach to the other churches and countries. Among others is advocacy for Sinabung refugees by making the approach and dialogues inter churches and counties as well as meeting with the President. In developing the international networks of Diaconia, I was invited by the member churches of UEM in Africa and CRC to share the experiences in Diaconia.
Currently, GBKP is trying to give a chance for other churches to be together in developing community economic in Indonesia as one of our concern to anticipate the rapid movement of intolerance by the sides of those who want to bring out the religious issues in Indonesia. While in our internal, we open the facility of diaconia services with mission perspective by opening the integrated mission institute by training 150 young pastors (3 generations) with holistic mission approach every year to be the pastors who understand social analysis, agriculture, husbandry and fishery to develop the congregation in remote areas.
At the time when I was attending the course of International Diaconic Management, it was the hardest time for me and I was almost given up because I felt that I wouldn’t be able to finish my study because it was too hard for me. But Professor Martin Buescher, Angelika Veddeler, Deonal Sinaga and all friends always supported me and encouraged me, so by that and with great effort I could finally completed my study. The support given was my truly spiritual experiences I ever got in my life. I feel that the community of ICDM is an academic community and not only that I also feel that this community is a fellowship of God’s servants who have loves and passion.
In the context of the churches in Europe, Africa and Asia especially in Indonesia, this program is a very relevant need. The churches dealing with social changes such as to address the growing issues of global refugees in Europe, poverty and inequality in Asia and Africa, and many other problems among others the disasters, religion radicalism and intolerance.
As the church leader who has been attending MADM program of ICDM, together with other pastors in GBKP, we are now doing the holistic transformation in our ministry which is oriented to be “The Church becomes a blessing to others and to the world.”
I have got lots of knowledge through ICDM to be applied in Diaconia works in our church, as well as the leadership. As now I am trusted to be the leader of my church, I can apply the thesis I wrote in completing my study, to be the Servant Leader.
There is a big expectation of me that ICDM will continuously stand to develop and educate the good workers of the church and diaconia from all over the world. God bless.
« Back